Our final evening in a much enjoyed visit to Les Saintes was decorated by some lovely hues in the evening sky.

We set off early the next morning, motoring out in choppy seas through the passe du sud oust and past Les Augustines and La Cloche after which we were able to raise sail. 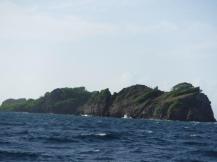 The predicted 15-20 knots of wind turned out to be 20-30 knots with a hearty swell to add to the mix. Windward coped well with one reef in the main and a modest foresail and we bounded along at 6 knots on a comfortable reach. The uncertain sea state produced the occasional very large wave, often from an unpredictable direction, which kept us paying attention. 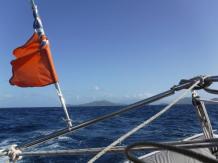 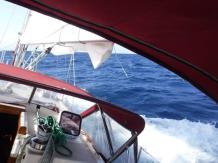 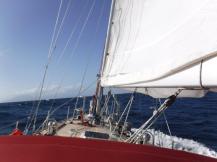 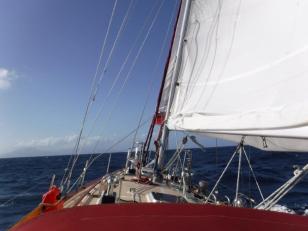 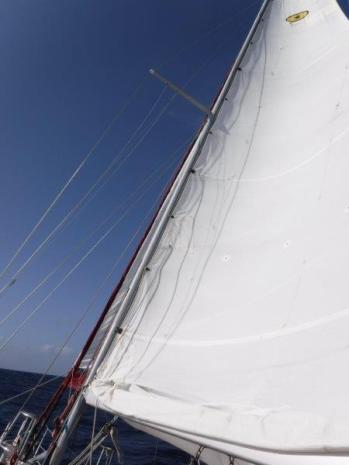 Dominica soon hove into view and we could make out the distinctive Cabrits hills at the northern head of Prince Rupert Bay. 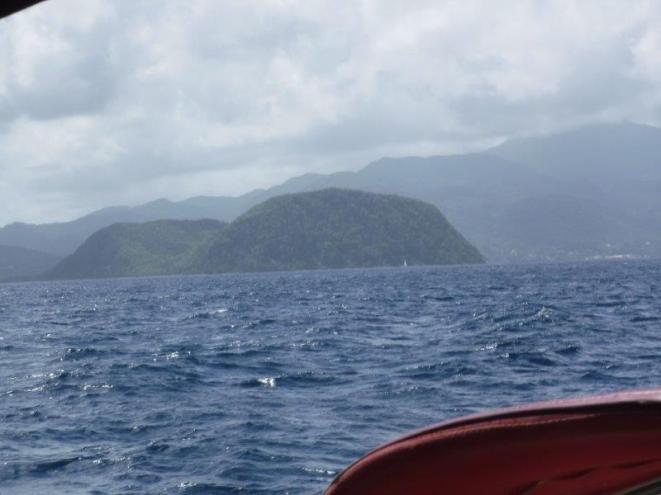 Heading into the bay we were met by Faustin Alexis of the PAYS association in his colourful and fast wooden motor boat. 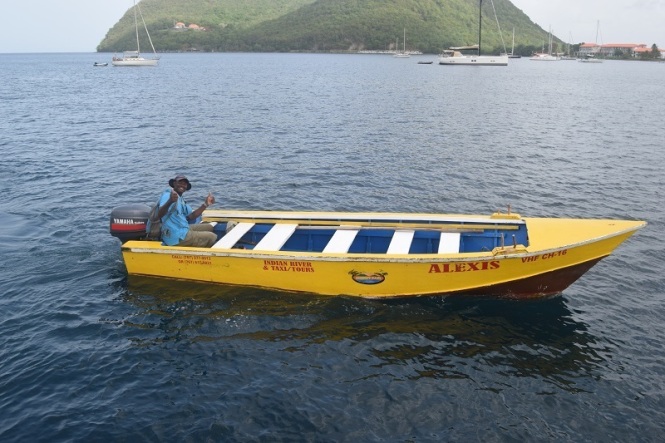 We took his offer of a mooring buoy as we knew from the Doyle guide that they were cheap and reliable and that using them meant that the PAYS guys kept an eye on your yacht, day and night (security has been an issue in the past in the Portsmouth anchorage).

We had a nice walk on the beach and sundowners at the Madiba Pub where we listened to an eclectic mix of music played by Marcus from Germany (he and Sher, from New Zealand are hitch-hiking on yachts around the world). 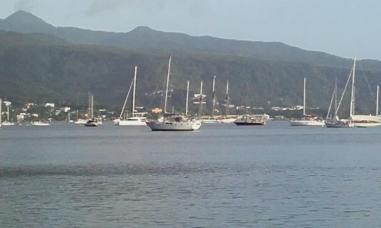 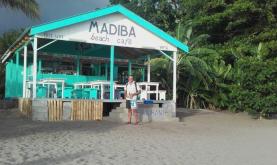 The following day, Friday, we were taken on a hike by Forsyth Alexis (Faustin’s  nephew) on a hike in the Morne Diablotins national Park. Lovely old trees have survived (in part because their wood, once cut, is very susceptible to termites and borers). 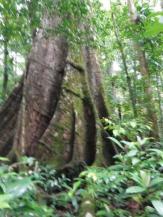 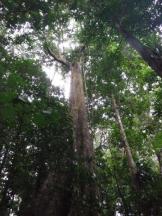 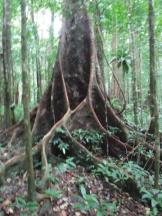 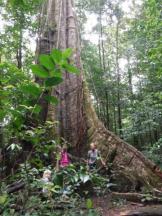 The plants, flowers, fruits and berries are abundant and varied.

Forsyth is a very good driver and a courteous and well informed guide and conversationalist. 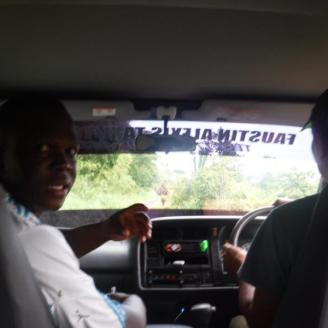 We crossed the Waitukubuli trail and learnt that Waitukubuli is the original name for Dominica (changed to Dominica by Columbus because he arrived here on a Sunday; he apparently did not deign to step ashore himself but accepted his mens’ reports on the island).

The scar on the hillside marks a massive landslide caused by the Hurricane Erica rainfall. The upper hiking trails have many discontinuities as a result of the hurricane. 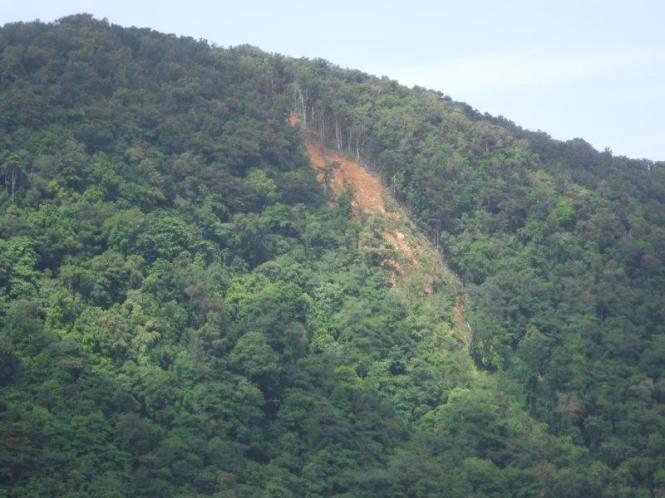 We visited and swam in Milton Falls and had fun crossing the river in one place by liana creeper. 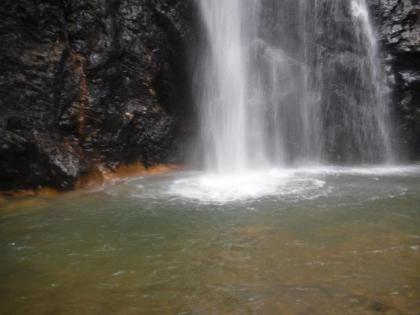 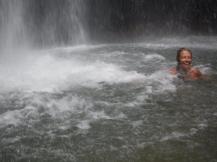 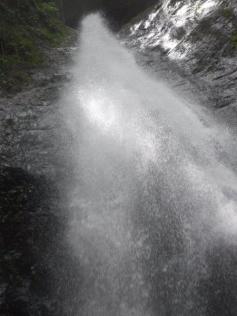 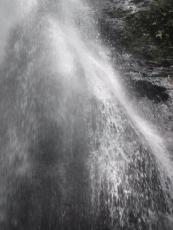 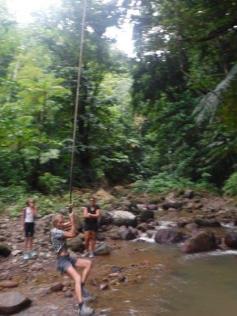 Although it does not look like it from the coast, the mountains are fairly intensively cultivated by mostly small scale farmers who have built small, mostly tin and wood, shelters (spot the long drop?) which they use when visiting to attend to the crops.

The message on this prettily decorated shelter says it all.