With more wind and rain in the offing, we took the recommendation of our friends Rob and Lindy on Sea Shak to try out True Blue. This is a pleasant, smaller scale bay with the Dodgy Dock Pub/restaurant at the head. This has a micro-brewery on the premises. The manager confided that when he heard my accent, he was extremely worried that he would have to once again rapidly increase supply as he had had to for Sea Shak….

The dive shop in True Blue sell Lion Fish at a very reasonable rate. The divers do a sterling job of removing these pestilential invaders that decimate the local fish varieties. 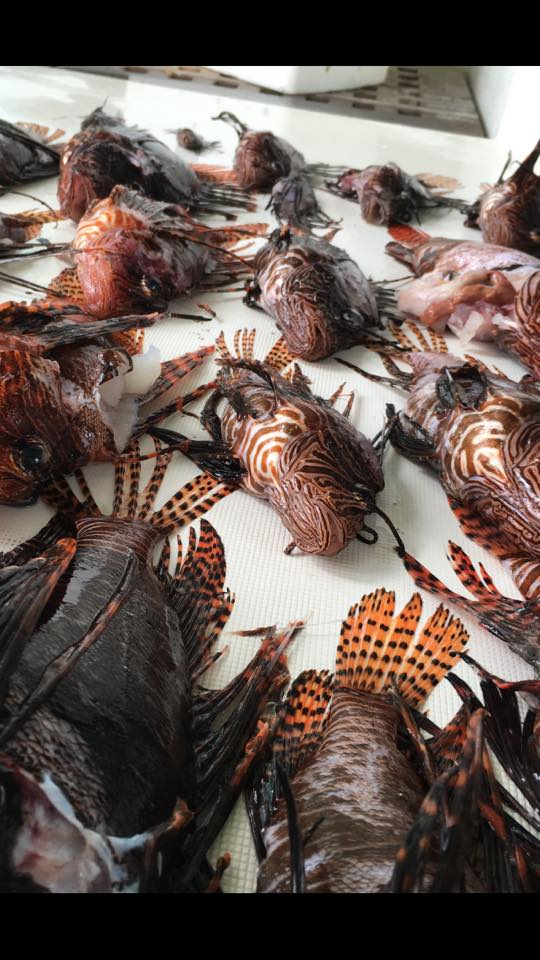 And turn out to be very good eating too …. 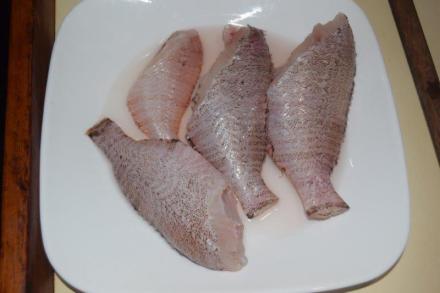 Every bay has its sunsets to enjoy.

We took a walk to Secret Harbour with its floating house boat and up market housing – liked the grass roofed one. 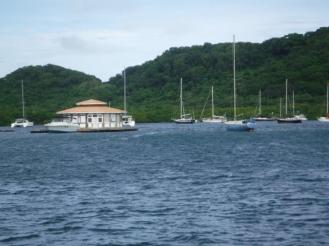 Cruisers moored in True Blue bay can use the True Blue resort facilities, including the pool which was fun. 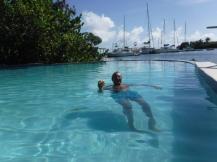 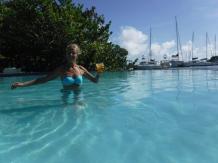 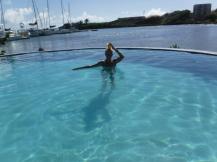 On a miz day, we hired a car and drove around Grenada. Fortunately, I managed to find an open source for maps for my Garmin Nuvi Satnav here: https://www.openmapchest.org/maps/caribbean/

This was just as well because Grenadians do not believe in direction signs and very sparingly in street signs. We went off piste in several places, at least once voluntarily, but were able to find our way back on course with little difficulty using the Satnav.

We visited the Laura herb garden which was fascinating and various other places.

A pleasant lunch followed at Petit Anse and a visit to Lake Etaing which looks like a small vlei but makes you take pause when you reflect that you are standing in the centre of a water filled volcano. 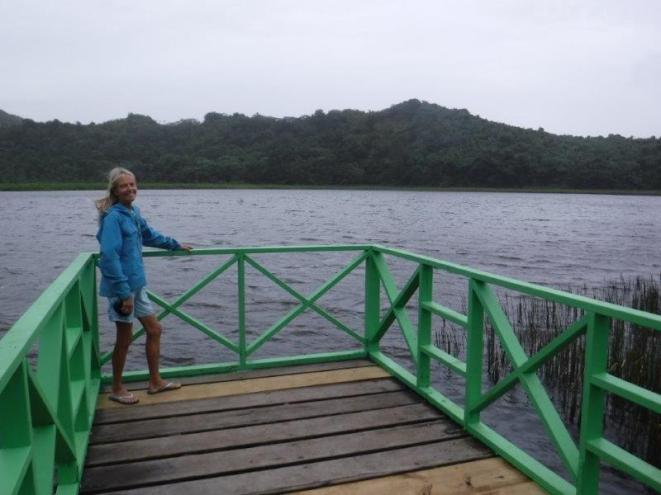 We had two stoppages for car crashes (both involving taxis/buses) and several detours due to fallen trees and foliage over the roads. This got worse as we went off piste up in the mountains. We had a worrying moment when we passed a stretch which had numerous men armed with machetes and looking very purposeful. We thought “ Hang on, this isn’t America, why is everyone armed? Is this a bad part of the island to be in?” Then it struck us that these were not wild west psychopaths but proactively responsible local citizens getting out there and clearing away the road obstructions caused by the stormy weather!

We visited St. Georges University which turned out to be spectacularly located on the next peninsula to True Blue. The architecture is very attractive and makes good use of the splendid ocean side views. The student body was very diverse and international. We got a prospectus and brochure and the website revealed that the fees were those of a major money making institution. Well worth a visit. 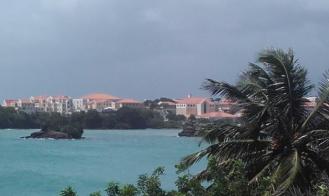 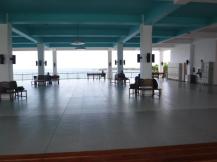 We walked around to the West Indies Beer Company which was a real pleasure. How can you not have a jug of an ale that has your boat’s name on it and is their flagship IPA?

We met Mark the owner and “Founding Brewmaster” who is a great bloke and knows our part of the world in Cornwall. The small brewing unit in the Dodgy Dock was actually where it all started. 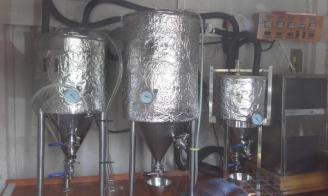 Mark has interesting expansion plans; he already supplies his craft ales north as far as Union and south to Trinidad. We have some Windward IPA stickers for the boat and Mark said we should claim that the ale is named after the good ship Windward!! 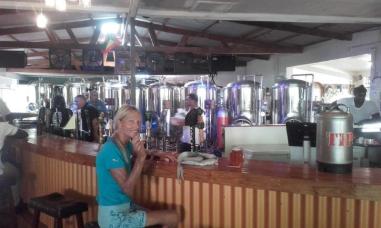