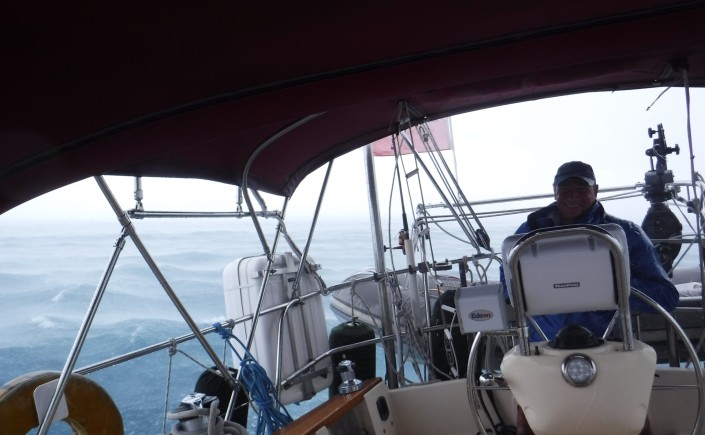 The weather was stuck in a pattern of 15-20 knots (which means more offshore) and 1.5-2 metres of swell so we decided to make the crossing from St. Maarten to the BVI. We left Grand Case at 22h00 and were soon in a broad reach downwind with a mix of swell from two different directions.

It was lumpy, bumpy and squally.

We did enjoy having our new sail though!

The autohelm failed in the early hours and we manual helmed the rest of the way – note the squiggly track!!! 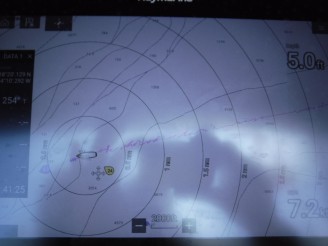 The problem was that the purpose made bolt securing the autohelm piston to the tiller arm was too long for the space available between the tiller arm and the metal strut with the end restraints; it appears the problem had been “solved” by adding metal washers to raise the bolt to give it sufficient clearance. These washers were slowly worn down with usage and the bottom of the bolt had come to bear against the strut. During the lumpy passage, the torque was finally transferred to the bolt and it sheared.

It was a great pleasure to return to the BVI, even though it was so sadly battered by the recent hurricanes. 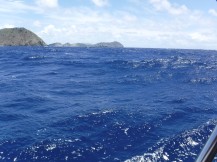 The main reason for coming up to the BVI was to get a better angle on the wind for our run down to the ABC’s in order to be on a good reach rather than running downwind.