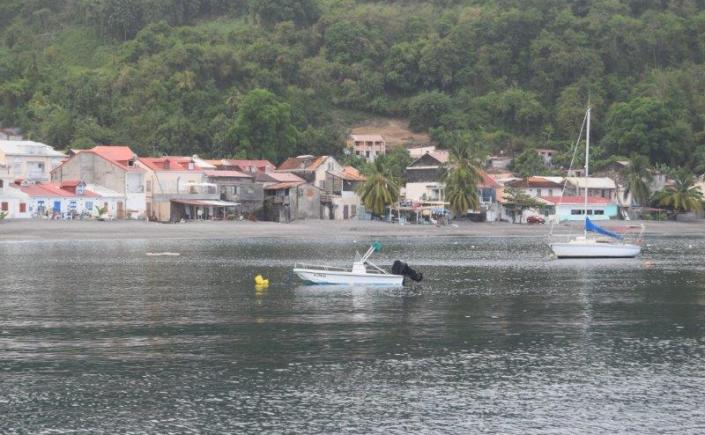 The fishing village of St. Pierre provided a good anchorage and the Rocna dug into some good sand in 30 feet with 40 metres of chain out.

The town ranges along a gently curved bay and is an active fishing port.

The views of the town from the anchorage are great. 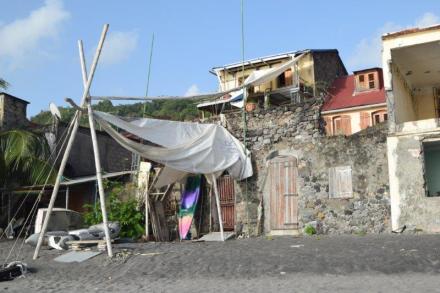 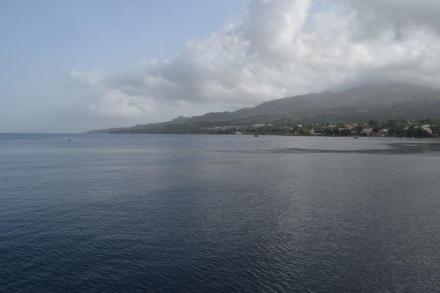 One water front owner created a fascinating folly for our enjoyment. 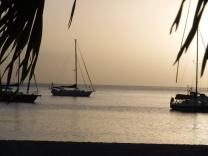 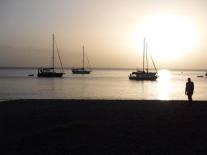 The town itself was destroyed by a volcanic eruption of Mount Pelee in 1902. Apparently there was plenty of warnings that an eruption was about to take place but the mayor, influenced by the businessmen who did not want to close down and lose trade, decided against evacuation. 30,000 people who stayed were killed and the boats in the bay were toast as well. The only survivor (reputedly) was a murderer who survived in his stone prison cell. The remains of the theatre and prison are interesting but sombre reminders. 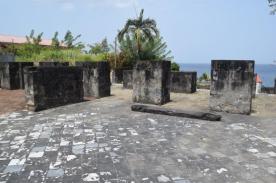 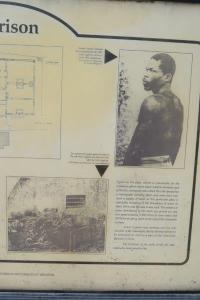 We visited the Depaz Distillery which was most enjoyable (including the part where they give you a free rum tasting!). 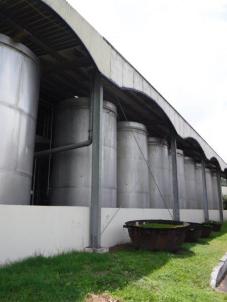 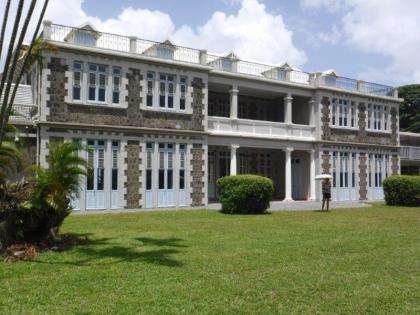 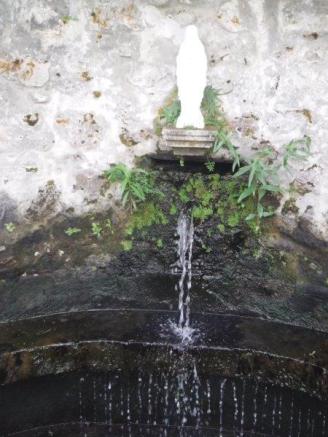 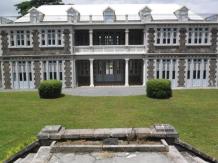 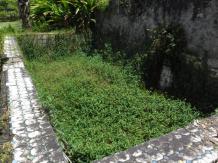 The chateau has a fine sense of space and quite a lot of art deco aspects. 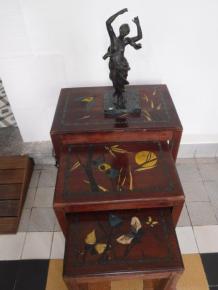 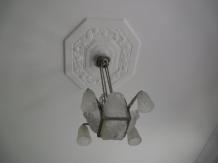 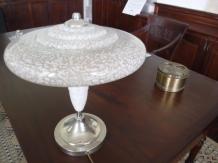 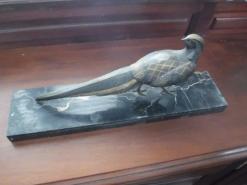 There is a museum of old distillery equipment that is fascinating. 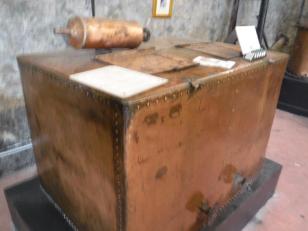 The new distillery is still using steam electricity generation and you can see that the more modern equipment shares the same genetic inheritance as the old museum equipment. 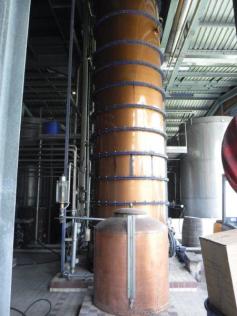 Given the history, we just had to climb Mount Pelee. We took the local bus (2 euros for a half hour trip) to the nearby town of Morne Rouge and climbed up from there.

There are only a few pictures because most of the time it was covered in cloud and mist and we only had a few brief photo opportunities. It was a steep climb up. In places, they have cut steps into the volcanic lava which helps, particularly coming downhill on arthritic old knees. On top, we had only a brief sense of the caldera as it was pouring with rain – quite normal according to one of the locals. 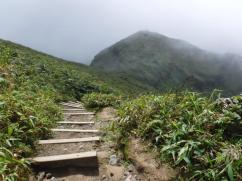 We popped in to visit the RC church in Morne Rouge whilst waiting for the bus on our return.